This studies aims to analyze how much influence the population, the Gross Regional Domestic Product (GDP), and actual revenue and the fiskal capacity of the labor force in Langkat district of North Sumatera province. Used in measuring and analyzing time series (time series) in the period 1990-2009. Analysis of data using the method of Ordinary Least Square (OLS). The results showed a significant effect between the Gross Regional Domestic Product (GDP), Regional Income Realization (RDP), and the Labor Force Participation Rate (LFPR) of fiskal capacity (FC) in Langkat District of North Sumatera province. While a variable number of people (JUPEN 1) had no significant effect on the these effect is shown by the coefficient of the independent variable, namely : 168,1046 for a variable number of people, 11,11041 for the GDP variable, 0,00000005 for the realization of revenue, and 21,92862 for the participation workforce. The every increase in population of 1 person will increase FC by 168,10%; each increase in GRDP by 1, then FC will increase by 11,11 percent and each increase and each increase in TPAK 1% will increase FC increase by 21,93%.

Vol. 1 No. 2 (2021): Facing Global Economic with the Creativity Activity in Accounting & Management Research 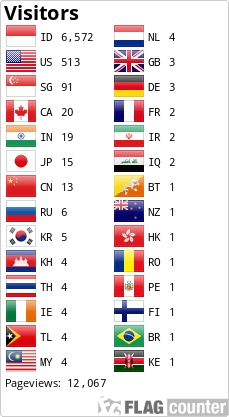